Lets get this website responsive, responsive to mobile devices that is.

In 2001 when this website launched smartPhones didn't exist. Now that has changed , changed utterly a terrible beauty is born. Google now penalise sites that don't function on mobile devices.

Answering my own questions:

2) Upgrade to phpBB 3.1 which is responsive by default. phpBB 3.1 details on https://www.phpbb.com/about/launch/
Upgrading may be a bit of a chore. Does Durban have the time or the will ? Are there any others who would do it?
Last edited by Danny D on Wed Jun 03, 2015 8:20 pm, edited 1 time in total.
"We are now on the threshold of a newer movement, with a newer hope and a new inspiration."
James Larkin
Top

I'm guessing from the lack of upgrade it's a mess internally.
I'm no stranger to a technical challenge and would be definitely up for it, but maybe there's someone with more website skills who can have a go?
--
SteveC - Kick Off engineer
18 Dec 2003 - "One day I'm going to disassemble the 68000 code, and find out exactly what's going on in there!! "
Ask me about online KO2

From a technical perspective:

Upgrading phpBB from 3.x to 3.1 is possible.
The phpbb theme we use hasn't been updated so we would have to go with another theme.

The route to go would be to get consensus to go ahead with this, organise a team/person, get access from Mark and do it. This, in my opinion is the real challenge

"We are now on the threshold of a newer movement, with a newer hope and a new inspiration."
James Larkin
Top

I recently upgraded another forum to phpBB3.1 and it is great. Found a nice template too. The upgrade is not something difficult but Durban may be the right person to answer that in terms of server capabilities. And also, we need to find a 3.1 template and someone with photoshop knowledge to make logo for new template.

BTW, it is not only the responsive feature of phpBB3.1 that rocks. The forum has a much better feeling and better features overall.
Top 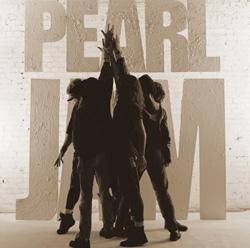 the server should now be ok to upgrade this, in the past the issue has been the PHP/SQL links and the fact we were prohibited from using SSH.

I will have a look into this.

Also I designed a new theme about 5 years ago that was more responsive, I never updated it as PHPBB upgraded and personal themes become more difficult to setup.

Will have a look if I get a chance.
No longer the only UK based Liverpool, Nottingham Forest and Crewe supporter in the whole of the KOA!!!
Top

Firstly I made KOG responsive by adding the phpbb modules a while ago to allow it to work with that Android/Iphone app...can't remember what that was.

However my next plan is as follows.

We are 2 releases behind 3.1 and then another 3 behind the current version.

the issue we have is that we have quite a few 'non standard' things in the KOA, and the themes we use (having the logo and stuff) are not generic so also need to be migrated. Also all the data has to be migrated to the new versions, its not just a case of fixing the php installs.

On top of that we managed to blow up the server last time (I say we I mean Nikos as I ran away once I saw the smoke!)

However I have a plan, a good plan I think...but will take a bit of time to do all the stuff around the edges.


I will offline the forum at some point (possibly this week, I dunno).

I will then install 3.0.12 using Installtron from within the server, and replicate the database into that version (yes I know its the same version...well spotted!)

I will then bring it up on 3.0.12 with the database backup but to a different location within the KOA, leaving this one turned off (backed up still both local and remote).

I will then try and use installtron to roll through the updates (which should also update the database as well...I bloody hope so anyway).

I will try and get it to 3.1.x and bring it online in read only.

If this has worked I will carry on rolling the updates up to the current version.

I will then enable 'auto update' so that we don't need to have this discussion in future or if I go all 'Alkis' and am never seen again.


I think this is a good plan, all those in favour?

It does mean I will probably need a bit of time to redo the header logos and colours and stuff, but maybe its time for a change anyway.

I will bring the actual forum up asap (hopefully the same day) it may not look pretty for a while tho but I guess thats ok - I don't want to put a stop to Danny's good work on the WC obviously.

Mark
No longer the only UK based Liverpool, Nottingham Forest and Crewe supporter in the whole of the KOA!!!
Top

This is a great plan by a great man ! Go for it. I can assist in obliterating half the database should you require assistance.
"We are now on the threshold of a newer movement, with a newer hope and a new inspiration."
James Larkin
Top

I believe the plugin you installed previously was TapTap or TapTalk.

The theme is secondary. We can quite happily get by with a temporary theme while Mark (?) tailors it. Take as much time as you need, even some downtime is worth the end result.

Go for it. Just make a backup first

What dates do you have in mind for this Mark ?
"We are now on the threshold of a newer movement, with a newer hope and a new inspiration."
James Larkin
Top
Post Reply
24 posts